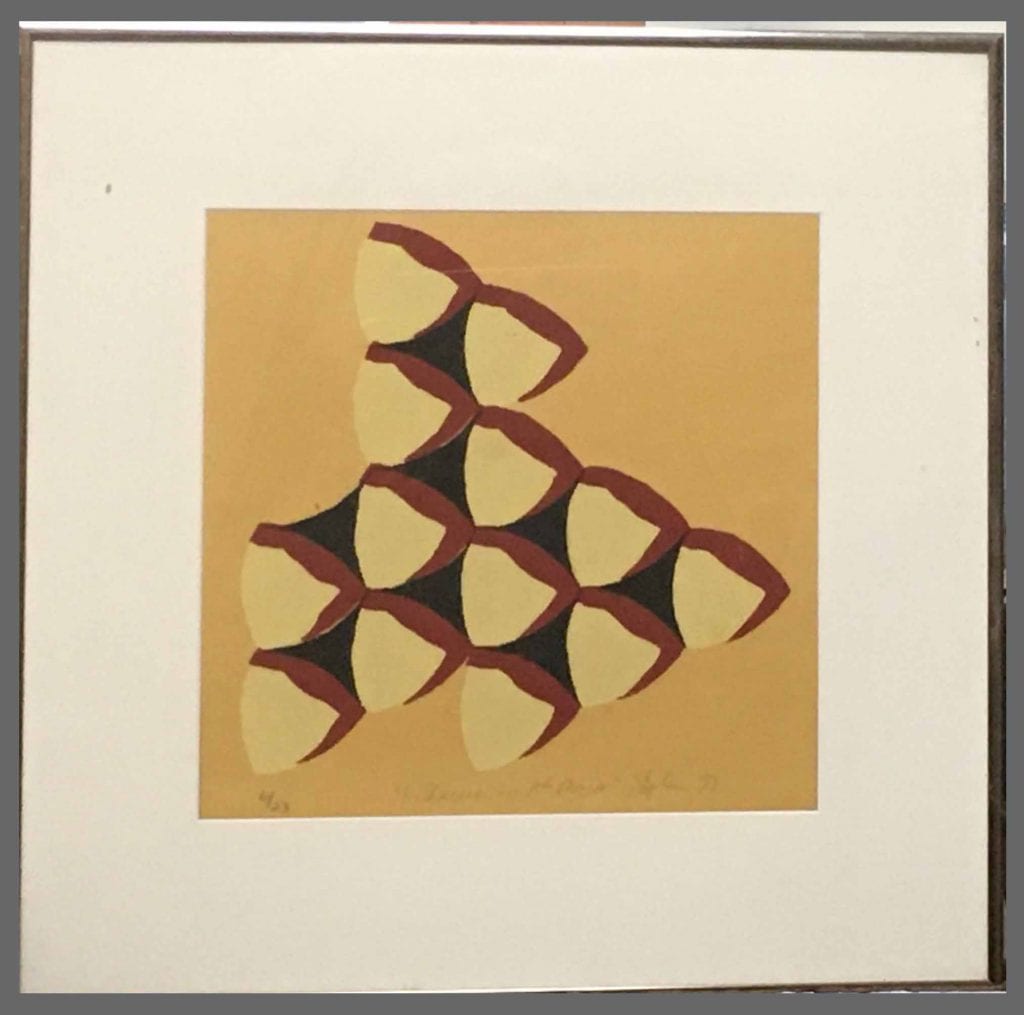 At the time, I was doing a bit of printmaking and thinking about the connection between musical and visual art. “Bouree in Ab Major” is an exploration.

There was a particular shape that seemed pervasive- one that I had drawn countless times. It looks like a bloated triangle. (I found through inquiry that it is called the Reuleax Triangle in the 19th century but it was known in antiquity. Like so much “street knowledge”, it is lost to us having never reached the level of scholarly discussion until the 19th century.

So, it was the shape I used had 3 points representing the meter of a dance. How the shape might might ”lay” on a surface is not as tidy as a straight-side triangle because it creates the concave triangular shape in the center.

It all sounds so dry and lifeless, but I remember working for hours on what the final shaping would be as well as the colors. I pursued a kind of formality which would reflect the Boureé as I came to know it in the classical dance suites. It was a first step into the world of visual sound.