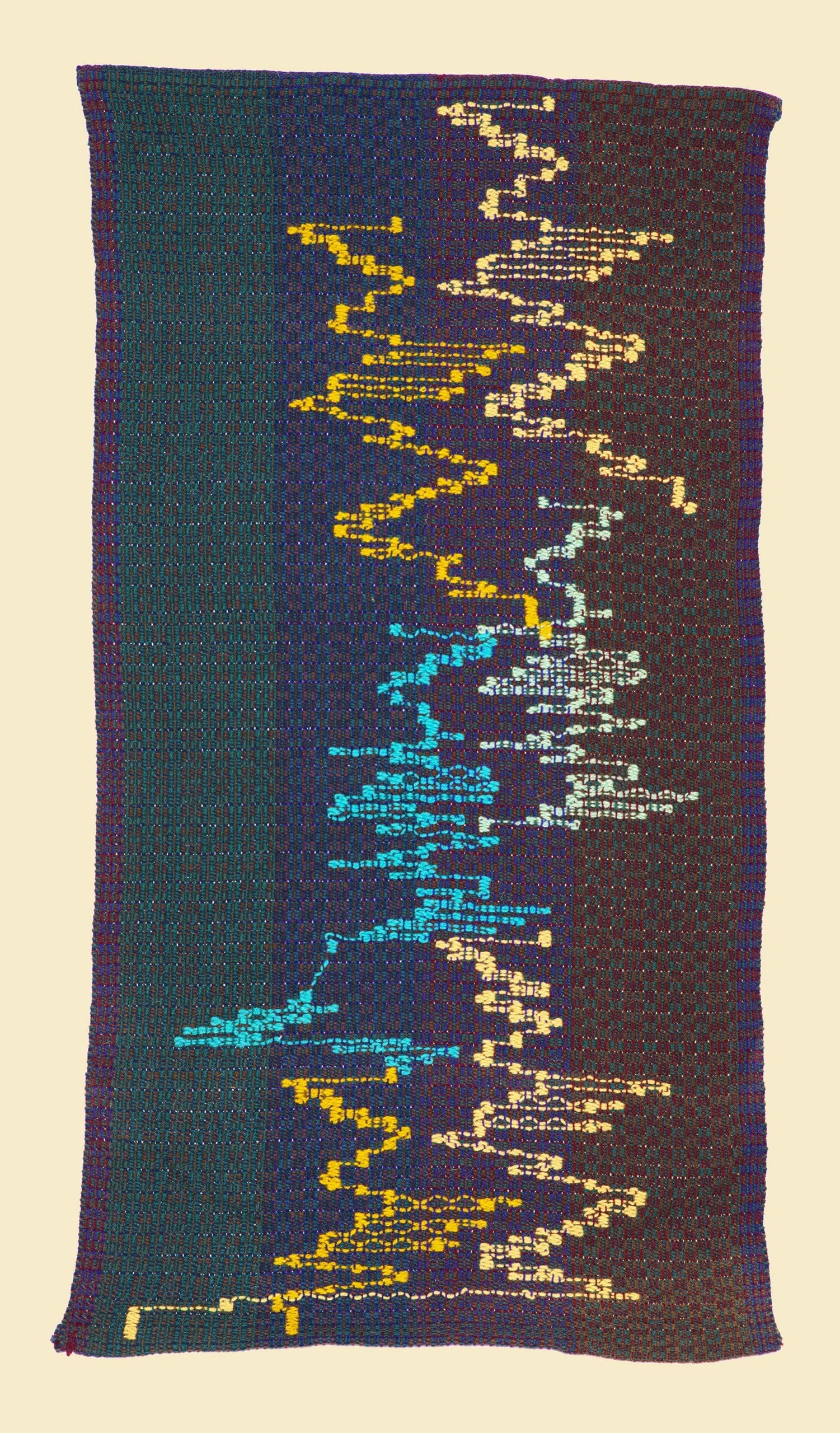 “Contrapunctus- 13” is a canon at the twelfth.This means the interval between the voices is an octave (8)+4 notes. In musical terms this is an octave plus a fifth.

Musically, the two voices are further apart scalewise. there is more space between them. The theme itself begins with long notes at first with shorter notes after. Once the second voice is in, it feels as though the short notes are tossed back and forth between the voices. To complicate the shape, the meter or pulse does not feel secure. There is a general sense of three but it seems to be only in the shorter notes.

Visually, the lateral distance (left to right) is a bit larger. The result is more “breathing” space. But this canon more than the others, no matter how fast or slow one plays it, always feels like a chase. It is relentless. This was how I felt this canon from the beginning of the project and it remains today. There is an interesting pattern between the longer notes and shorter notes as they oppose each other.