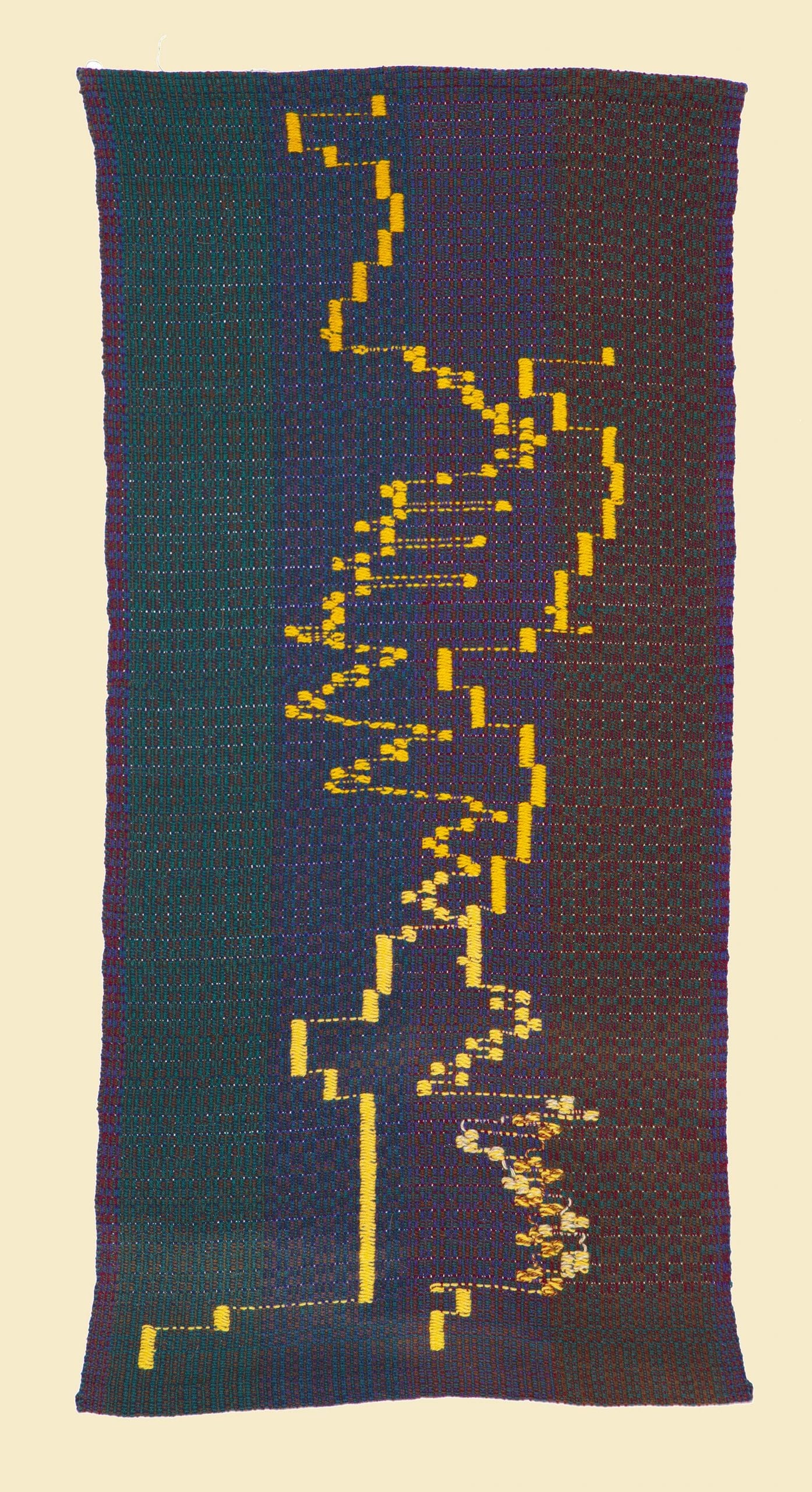 “Contrapunctus- 14” is labelled alle duo decima. What means “two voices at the tenth”. That’s canon-speak describing the interval between the voices. An octave is 8 so this interval is bigger by two steps.

Visually, a choice had to be made as what aspects would be highlighted and which would be sublimated. If I were to produce a new panel of this canon today, there’s a good chance it would be different.
The reason is simple. I set out to capture visually as much of the sound and shape of each fugue as I could. As in all translations between languages, there is no 100% equivalence. What might have attracted my attention yesterday might not be the attraction today. Certainly, with the decades of listening and seeing one has done, perceptions change.

The power of music and art to engage the listener-viewer is one of its strong attributes. Given the pace of our current lives, the opportunity to turn aside for a moment’s contemplation must an act of will.

In a real sense, these panels are fixed in time, place, and sensory focus. This is further supported by the fact of the score being produced in open form.  There was no hint at how these fugues were to be performed if at all. Indeed, it was only in the 20th century, musicians performed”Die Künst der Fuge in public. Open score, with no instrument indication or performance notes has allowed for many interpretations including a visual transcription in 18 fiber panels.