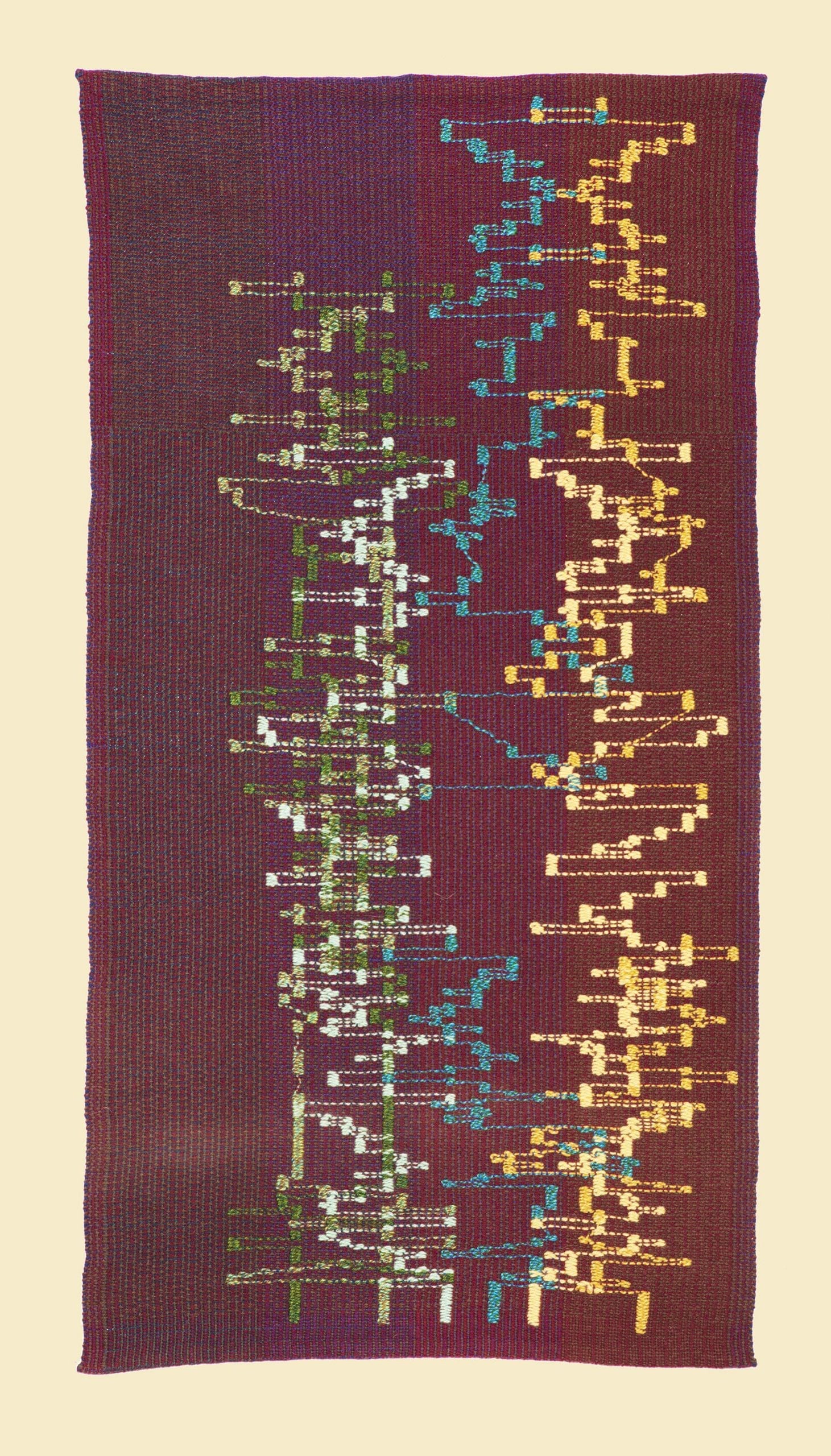 “Contrapunctus- 16” (rectus and inversus)is the first of 2 mirror fugues. With this fugue. each voice is mirrored on itself. What is rectified in the first fugue is inverted in the mirror voice by voice. Put another way, Each voice is individually flipped top to bottom in the rectus to create the voice for the inversus.

I chose to weave both “mirrors” together but also chose to truncate the mirror effect so that it hints at how the mirroring works. It’s not possible of course, to perform both the fugue and its micro at the same time. As one listens, one can catch bits of the inversion at work, recalling the original in the inverted hearing. The mirroring of each voice becomes more prominent as the inverted fugue reaches its final cadence.

With this fugue, and the second mirror fugue (C-17), one senses a kind of summation. These fugues (four musical – two visual) lay the ground work for the last great unfinished Quadruple fugue.