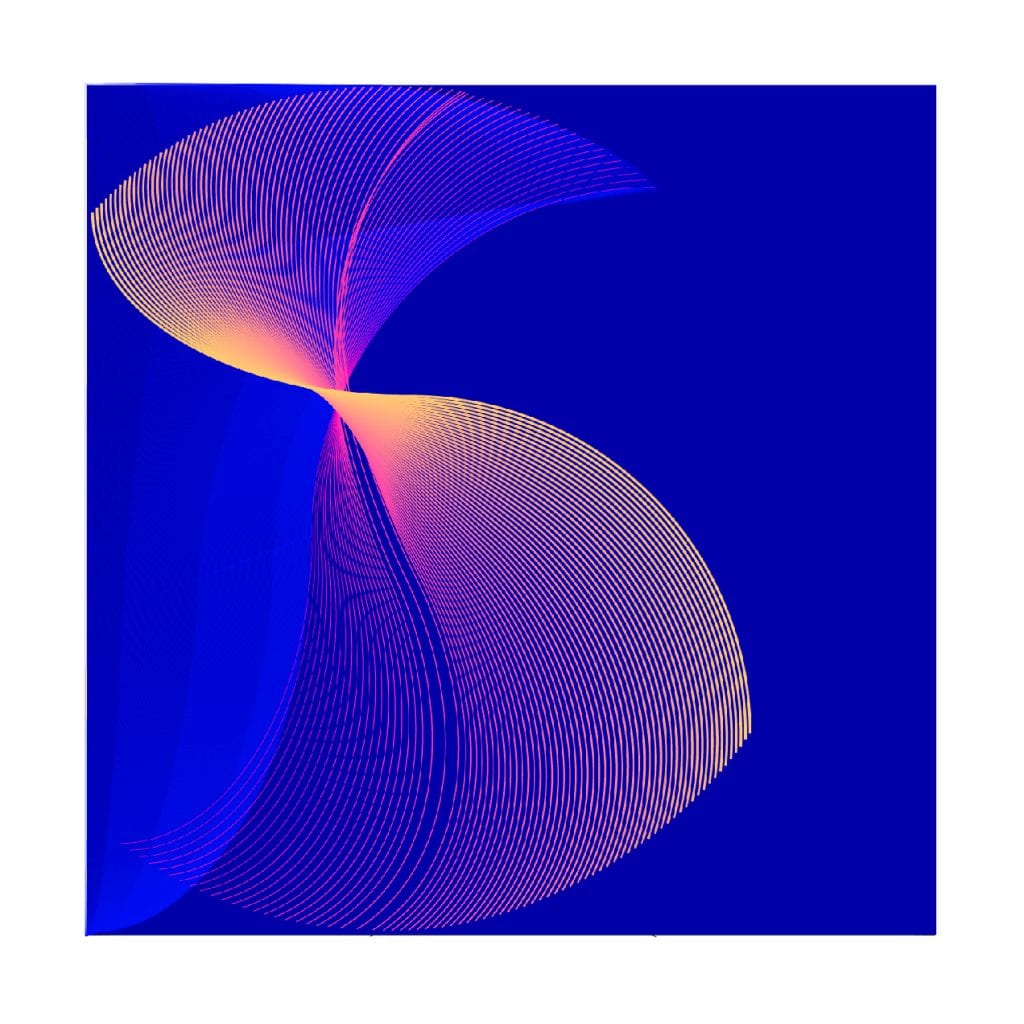 “Grand Pirouette” started out as sketch to see what the blending tool in Illustrator would do. It was one of many such sketches that were not purposeful but informative.

Some time later, I got the idea to take on “Mr. BoJangles” when I realized the song was also an actual person. So the phrase that had always caught me “Jumped so high, and lightly touched down” was where i went. By using vectored lines, I had captured the sense of the motion and action.

Awhile later, I attended a dance program that one of my former public school students, Aisha Mitchell, danced. It was a solo with projected photo images by Carrie Marie Weems. As a fourth grader, she informed me, “I’m going to be a dancer.” She did and is, with great milestones along the way. I was so intensely focused on the dance experience I could hardly breathe. The experience was indelibly printed deep in my brain.

After a bit more time, I decided I should try to make something like “Bo Jangles” again.

“Grand Pirouette” was the result. It has received a lot of notice not the least of which was a “Best of Show”, in a National Juried Art Exhibition, at the Academy Center for the Arts, in Lynchburg, VA US. A dancer commented that what I had produced is exactly what it feels like when a good pirouette is executed. I need to explain that my feet are lead and rarely leave the floor, but my spirit and soul- that’s another issue entirely.