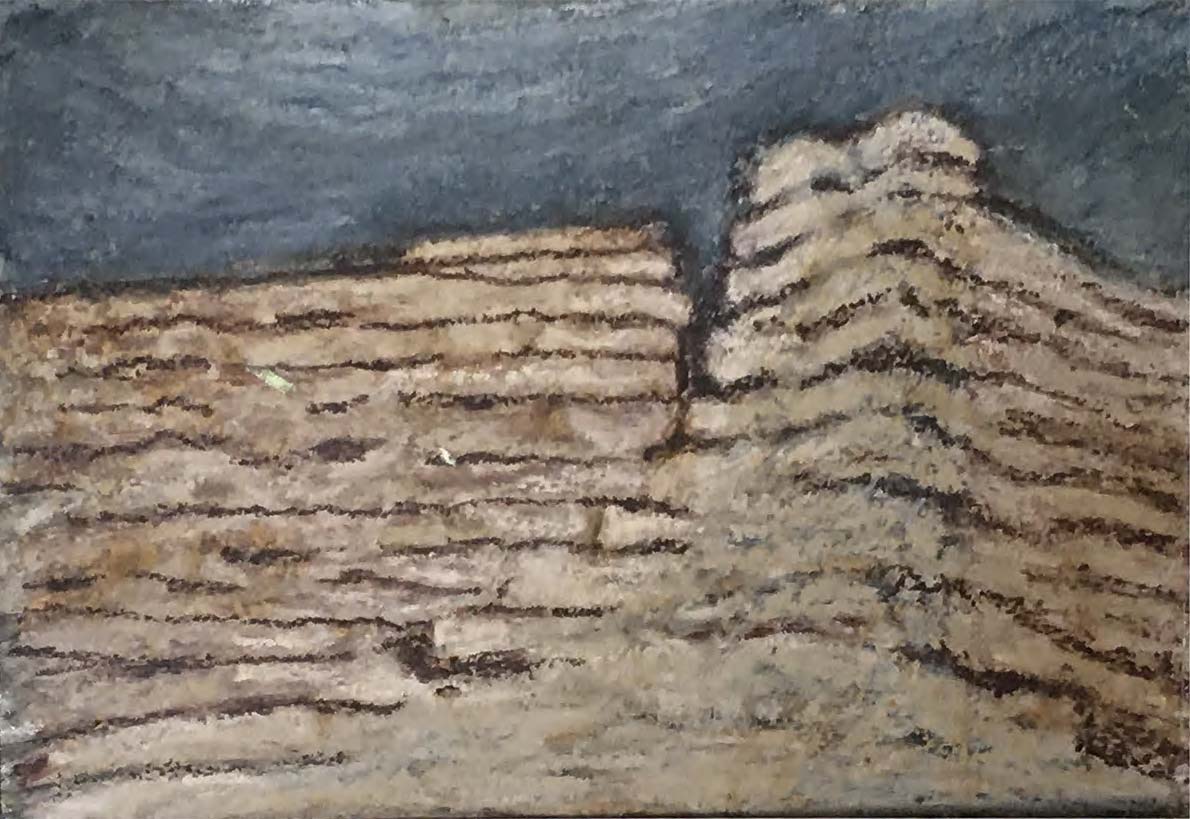 There is a fascination I have with land-forms. I currently reside on the very southern edge of the Tug Hill plateau. The plateau is a huge chunk of limestone that could be a piece of an ancient seabed that is set on top of younger rock so I’m told, and shoved up against the Adirondack dome which gives it a tilt of about 6 degrees. It’s also in distinct layers around the edges.

“Tug Edge” is an oil pastel drawing from a spot just south of Watertown where the limestone out cropping rises above the surrounding area. The layers were quite delineated and the erosion well defined.